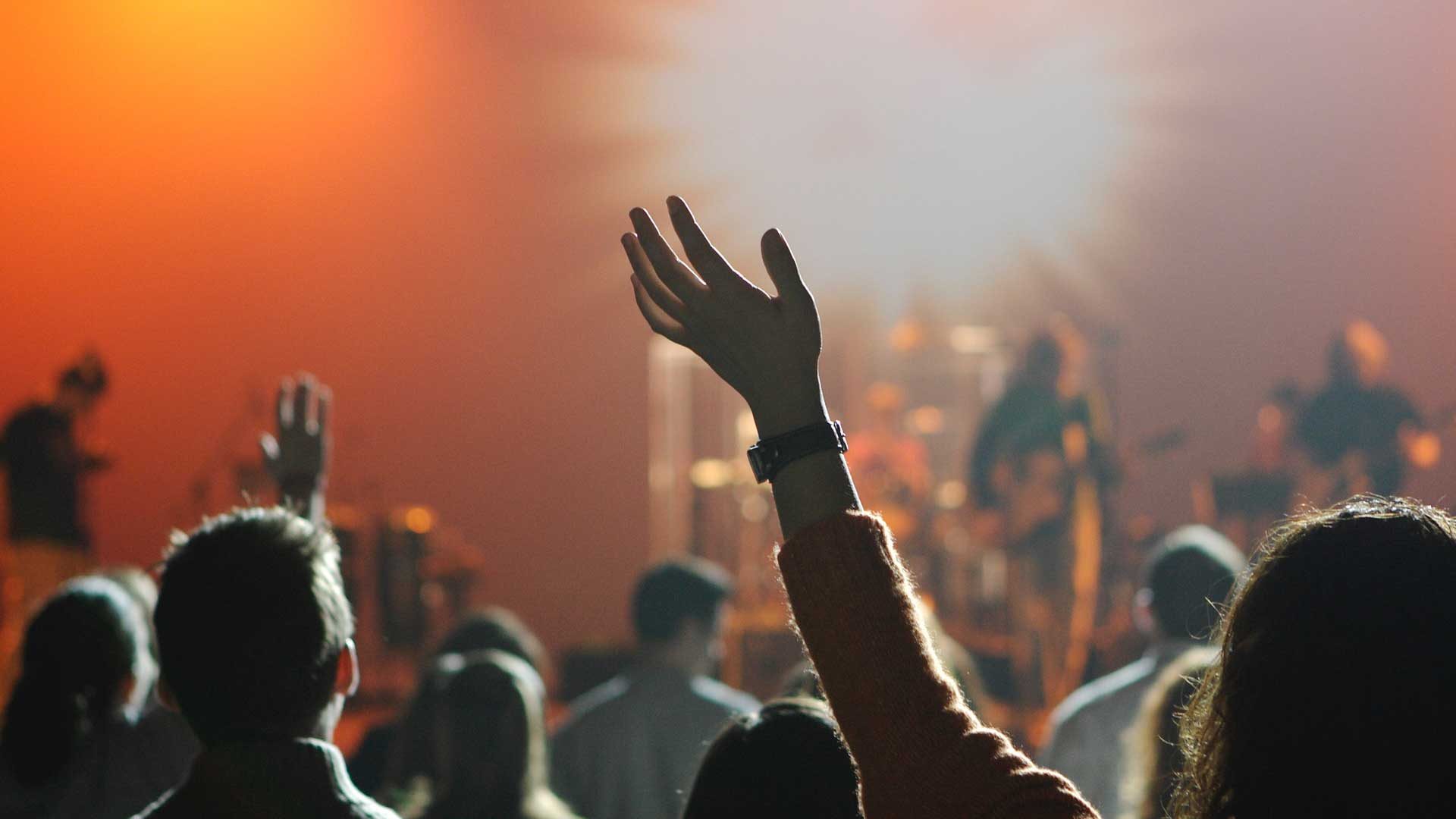 Peace is being sought after in all the wrong places.

“Peace I leave with you, My peace I give to you; not as the world gives do I give to you. Let not your heart be troubled, neither let it be afraid.”
‭‭John‬ ‭14:27‬ ‭NKJV‬‬

There are many avenues that the world will offer to attain peace.
– Meditation
– Yoga
– Loans(ending up heavily laden with debt.)
– Etc

Peace has nothing to do with outward Circumstances

“And when the servant of the man of God arose early and went out, there was an army, surrounding the city with horses and chariots. And his servant said to him, “Alas, my master! What shall we do?” So he answered, “Do not fear, for those who are with us are more than those who are with them.” And Elisha prayed, and said, “ LORD, I pray, open his eyes that he may see.” Then the LORD opened the eyes of the young man, and he saw. And behold, the mountain was full of horses and chariots of fire all around Elisha.”
‭‭II Kings‬ ‭6:15-17‬ ‭NKJV‬‬

In similar circumstances:
– Gehazi – panicked and fear gripped him
– Elisha – was composed, bold and at peace.

On the flip side you may be surrounded by quiet and calm but on the inside you are boiling, you are raging, there is no peace.
You may live in a nice house, quiet neighbourhood but have no peace.
You can have nightmares while sleeping on an nice, comfy, expensive bed.

True genuine peace is therefore not found in riches, it is not found in a boyfriend or girlfriend neither is it found in being appreciated by people.

We have people moving houses, cities or even churches in search for peace.

Many times we withdraw and isolate ourselves hoping if we keep ourselves to ourselves we will experience peace.
As a matter of fact isolation is used as a form of punishment used even in jail as solitary confinement.

Peace according to Scripture

The ‘PEACE’ expressed in the bible is not external absence of affliction or tribulation.
But it has more to do with character and attitude than outward circumstances.
Character that has been cultivated by the Holy Spirit
Peace is a fruit of the Holy Spirit
“But the fruit of the Spirit is love, joy, peace, longsuffering, kindness, goodness, faithfulness, gentleness, self-control. Against such there is no law.”
‭‭Galatians‬ ‭5:22-23‬ ‭NKJV‬‬

Peace comes as a result of having an intimate relationship with God and nothing to do with external circumstances.
“You will keep him in perfect peace, Whose mind is stayed on You, Because he trusts in You.”
Isaiah‬ ‭26:3‬ ‭NKJV‬‬

Peace in our lives is directly connected to peace with God.

“Then the LORD God called to Adam and said to him, “Where are you?” So he said, “I heard Your voice in the garden, and I was afraid because I was naked; and I hid myself.””
‭‭Genesis‬ ‭3:9-10‬ ‭NKJV‬‬

When Adam and Eve were in the garden they had so much peace.
They never worried about anything, what they shall wear, eat or drink.
Anxiety was therefore non-existent for they were provided for
Fear wasn’t their portion
These guys had peace with God

It was only after disobedience that they lost their peace.
Thus they became anxious and started to worry about everything.
What to wear – they covered themselves with leaves
What to eat – they started tilling the ground to provide for themselves.
Accommodation- they were evicted out of the garden and had to find their own.

When you have peace with God that peace will flow in every area of your life.
And so you never worry about tomorrow for tomorrow will worry about itself.

Peace can only be accessed through Christ

“Therefore, having been justified by faith, we have peace with God through our Lord Jesus Christ,”
‭‭Romans‬ ‭5:1

“For if when we were enemies we were reconciled to God through the death of His Son, much more, having been reconciled, we shall be saved by His life.”
‭‭Romans‬ ‭5:10‬ ‭NKJV‬‬

Christ came to restore peace between man and God.

“Through the tender mercy of our God, With which the Dayspring from on high has visited us; To give light to those who sit in darkness and the shadow of death, To guide our feet into the way of peace.””
‭‭Luke‬ ‭1:78-79‬ ‭NKJV‬‬

“For unto us a Child is born, Unto us a Son is given; And the government will be upon His shoulder. And His name will be called Wonderful, Counselor, Mighty God, Everlasting Father, Prince of Peace. Of the increase of His government and peace There will be no end, Upon the throne of David and over His kingdom, To order it and establish it with judgment and justice From that time forward, even forever. The zeal of the LORD of hosts will perform this.”
‭‭Isaiah‬ ‭9:6-7‬ ‭NKJV‬‬

“Then, the same day at evening, being the first day of the week, when the doors were shut where the disciples were assembled, for fear of the Jews, Jesus came and stood in the midst, and said to them, “Peace be with you.” When He had said this, He showed them His hands and His side. Then the disciples were glad when they saw the Lord. So Jesus said to them again, “Peace to you! As the Father has sent Me, I also send you.””
‭‭John‬ ‭20:19-21‬ ‭NKJV‬‬.

“Be anxious for nothing, but in everything by prayer and supplication, with thanksgiving, let your requests be made known to God; and then the peace of God, which surpasses all understanding, will guard your hearts and minds through Christ Jesus.”
‭‭Philippians‬ ‭4:6-7‬ ‭NKJV‬‬

– Being grateful to God is important in finding peace in our day-to-day lives.
– When we are grateful for what Jesus has done, we change our focus from what we don’t have in the physical, to what we do have in the Spirit.
– As a matter of fact today is Thanksgiving Sunday let’s thank God for Jesus Christ.

“But at midnight Paul and Silas were praying and singing hymns to God, and the prisoners were listening to them. Suddenly there was a great earthquake, so that the foundations of the prison were shaken; and immediately all the doors were opened and everyone’s chains were loosed. And the keeper of the prison, awaking from sleep and seeing the prison doors open, supposing the prisoners had fled, drew his sword and was about to kill himself. But Paul called with a loud voice, saying, “Do yourself no harm, for we are all here.””
‭‭Acts‬ ‭16:25-28‬ ‭NKJV‬‬

Paul and Silas were full of gratitude singing hymns.
As a result had so much peace within themselves that they did not anxiously runaway as soon as the doors opened.
The peace of God will give you boldness and courage.

Christianity is about revelation and response
God reveals Himself through His word and we respond.
Peace is the result we get after a proper response to God’s grace.
If we respond with genuine faith then peace will flow in our lives

“… Grace to you and peace from God our Father and the Lord Jesus Christ.”
‭‭Romans‬ ‭1:7‬ ‭NKJV‬‬

‭“And Jesus answered and said to her, “Martha, Martha, you are worried and troubled about many things. But one thing is needed, and Mary has chosen that good part, which will not be taken away from her.””
‭‭Luke‬ ‭10:41-42‬ ‭NKJV‬‬
2 Sisters, same situation , 2 different responses
Martha’s response led her to being worried and troubled
Mary’s response resulted in her having peace.

Death was walking toward a city one morning and a man asked, “What are
you going to do?”

The man hurried to warn everyone he could about Death’s plan.

Application: As children of God we are not given a spirit of fear, but of power, love and a sound mind.

“ And let the peace of God rule in your hearts, to which also you were called in one body; and be thankful.”
‭‭Colossians‬ ‭3:15‬ ‭NKJV‬‬

It is paramount that the peace of God be evident in our lives.
Jesus and his disciples when facing the storm, same situation different responses.
Jesus peacefully slept in the middle of the storm.
The disciples were afraid and panicking. 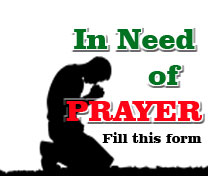